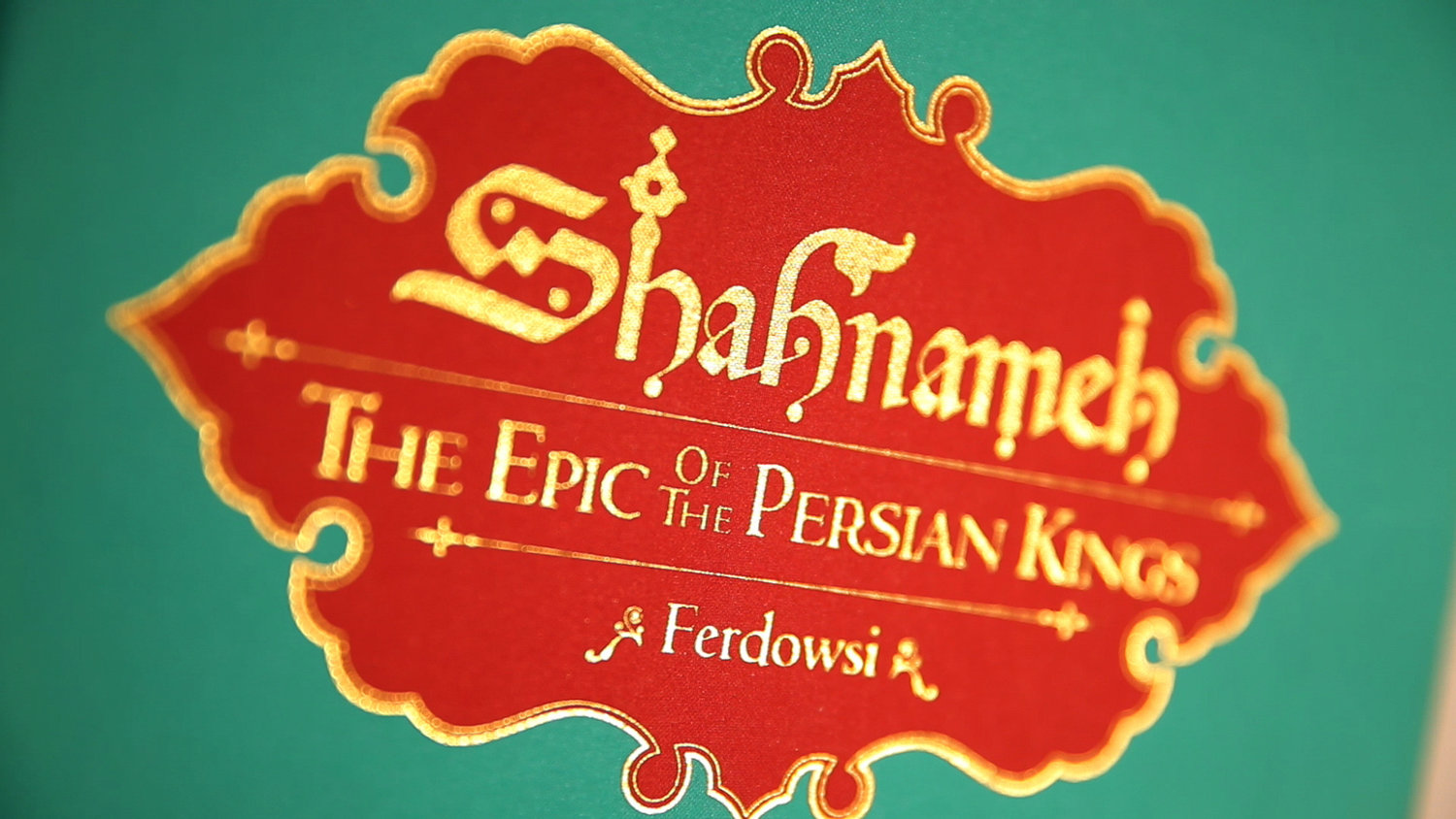 A thousand years ago, a Persian poet named Abolqasem Ferdowsi of Tous obtained a royal commission to put the ancient legends and myths of Iran into a book of verse.
He called this epic Shahnameh, or “Epic of the Persian Kings.” It took him more than three decades and comprises 60,000 couplets — twice the length of The Iliad and The Odyssey combined.

Author Azar Nafisi, who wrote the memoir Reading Lolita in Tehran, says the importance of this foundational myth epic to Iranians can’t really be overstated.

“My father always told me that this country’s very ancient, and so it has been invaded and changed so many times,” Nafisi says. “He said what makes us Iranian, what gives us an identity is our poetry, and Shahnameh is at the heart of it. He said if people want to know what Iranian identity is, they have to read Shahnameh.”

Now comes a new, entirely English, gloriously illustrated edition of the Shahnameh, with alluring stories of the kings’ dynasties.

The brain trust behind this new effort is Hamid Rahmanian, a filmmaker and graphic artist who lives in Brooklyn Heights, N.Y.

“There’s four tragedies, there is three beautiful love stories, there is endless battles between nations — this is like … Game of Thrones,” Rahmanian says.

His 600-page book includes a fresh English translation of the text, framed by Rahmanian’s ornate recompositions of Persian miniature paintings — the kinds of small, detailed paintings that were collected by the wealthy in medieval times for private albums.

But this Shahnameh edition is like a monk’s gilt-edged tome for the digital age, with linked dynastic stories of fabled kings, queens, knights and magical beings. For Rahmanian, it was a labor of love.

“I spent over 10,000 hours in the course of three and a half years,” he says. “I literally locked myself in my studio. I detached from the society to make sure I finished this … The way I built this book, I didn’t draw anything from scratch.”

Rahmanian scoured websites for Persian and Mogul depictions of court life, some from medieval Shahnameh texts, ranging from the 14th to the 19th centuries. He would then scan, cut, recompose and retouch the images.

Many pages have well over 100 elements — especially the riveting battle scenes, in which you can practically hear the whistling arrows of archers and the neighing of horses. Others tell of the dreams of the heroes and heroines, or depict love scenes.

First, an image had to appeal to him.

“And then based on that, I go … to my books [to find] some visual elements, which is not necessarily from Shahnameh — it’s from different stories or just sporadic folios,” he says, “and pick, one by one, sometimes a head, you see the ear from one place, the face from another place, the headbands from another place … That’s how we put [it] together to become one human being.”

If a character had a face, he’d keep the face, working to stay true to stories in this new edition, which is published by Quantuck Lane Press.

Rahmanian’s collaborator and translator from Persian to English was Ahmad Sadri, chairman of the Islamic World Studies Department at Lake Forest College in Michigan. Sadri was persuaded not only by the art but his own childhood memory from Iran when he was 7.

“It was a lazy afternoon, and I had strolled out of a family friend’s house,” Sadri remembers. “I and my twin brother, at that early age, we came across a public reciter of Shahnameh. … This tradition of publicly reciting the Shahnameh is still alive in Iran. And this character, this guy, was walking around with a little cane, and he was telling the story of Rostam and Sohrab.”

Rostam and Sohrab are the main warrior-heroes out of dozens who come to life in the Shahnameh. Rostam lives for 400 years; Sohrab is his son.

But writer Nafisi says it’s Rostam’s mother who was her childhood heroine, a woman called Rudabeh. The story of Rudabeh and her star-crossed lover, Zal, is very like the story of Romeo and Juliet.

“There is a scene where, you know, Rudabeh is in her castle from the window, and they have Zal climb up the window to come to her, and they live a night of debauchery together,” Nafisi says. “They drink and they make love and they swear eternal love, and everybody says ‘No, no, no.’ But they finally, going through a lot of trials and tribulations, they get married.”

Passing On The Story

The Shahnameh is seductive and alluring. Many Iranians are named for characters in the epic, which is credited with preserving the Persian Empire and language. And the boldness of the women, indeed, suggests the contradictions Iranians still live within.

“Not only Iran has an amazing history of feminism, beginning with the 19th century,” Nafisi says, “but look at how Iranian women were portrayed through the mind of a man, actually, a thousand years ago.”

Rahmanian, also born in Iran, wants Westerners to become as familiar with his childhood epic as they are with The Iliad and The Odyssey.

“The thing is, I look at myself as a vessel to create this book,” he says. “And the artists in old days also looked at themselves as a vessel, that the divinity comes within them and then creates these pages.”

He drew from the inspiration behind the original Persian miniatures, whose popularity reached their peak in the 17th century in the Persian Empire. The paintings were methodically constructed by teams of court artists who took their work as sacred.

Iranians have been reading the Shahnameh in good times and bad, using the epic to bind them together in the chaotic political life that is today’s Iran.

But the Shahnameh is refreshment and oasis — the hope by these collaborators is that we will all draw from its glorious pages a tale of moral heroes who struggle against their own foibles to do the right thing.

These are not merely fairy tales, but stories of character, passion and perseverance in sumptuous color and detail.